James Colosimo, byname Big Jim, (born 1877, Cosenza, Italy—died May 11, 1920, Chicago, Ill., U.S.), crime czar in Chicago from about 1902 until his death, owner of plush brothels, saloons, and a nightclub. Immigrating from Italy in 1895, he rose from poverty through petty crime and pimping to head a chain of brothels. In 1909 he imported Johnny Torrio from New York to head his gang of enforcers. In 1920 Torrio seized control by having Colosimo murdered (allegedly by Al Capone, then Torrio’s henchman). 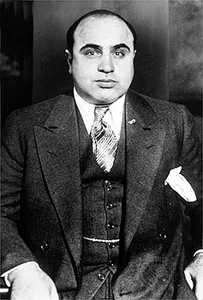