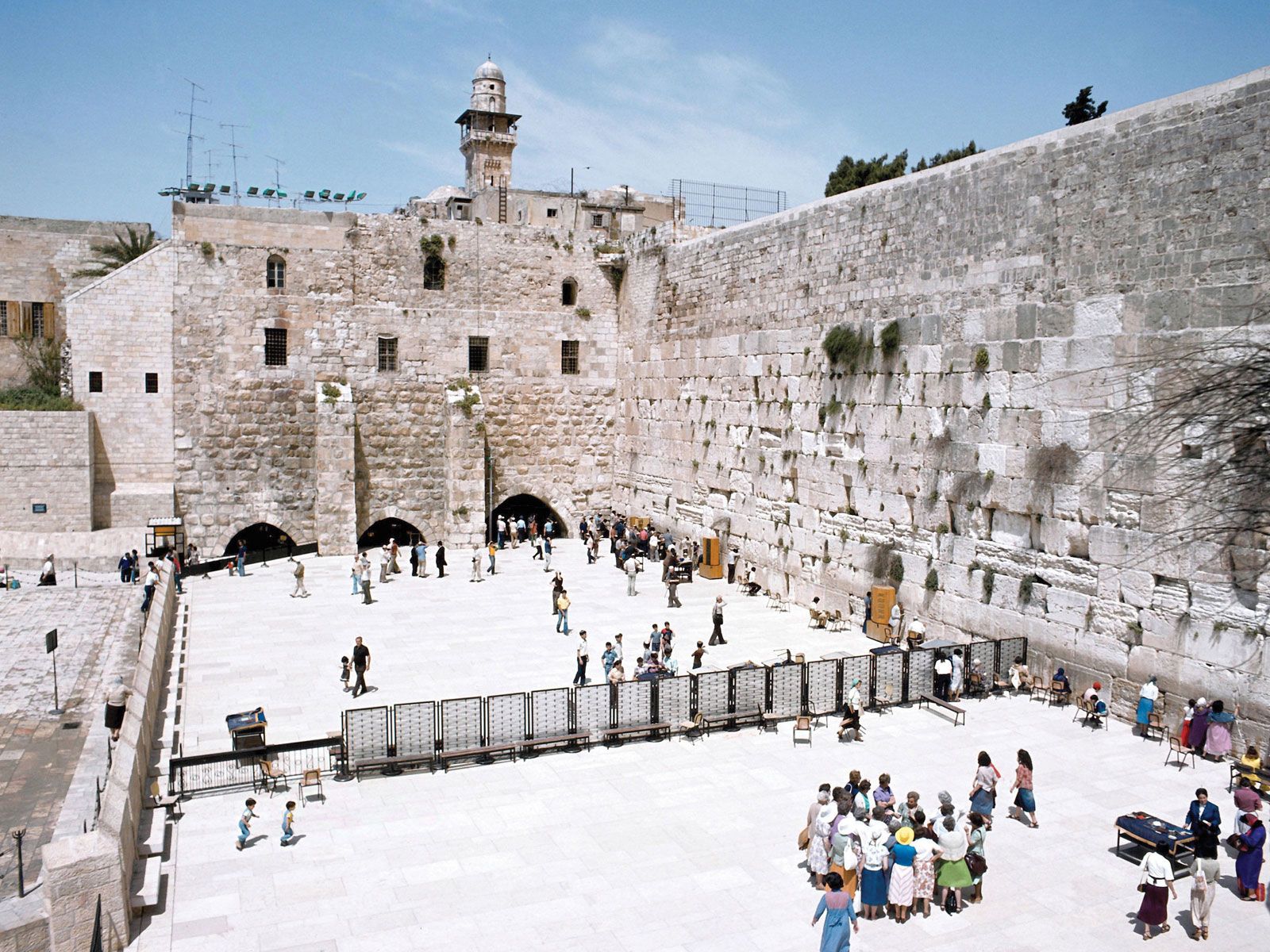 The centuries following the return from the Babylonian Exile were marked by increasingly widespread and intense reflection on various themes: the intermediary beings between humans and God; the divine appearances, whose special place of occurrence had formerly been the most sacred part of the Jerusalem Temple; the creation of human beings; and the creation and organization of the universe. None of these themes was absent from the Bible, which was held to be divinely revealed, but each had become the object of constant theological readjustment that also involved the adoption of concepts from outside and reactions against them. The speculative taste of Jewish thinkers between the 2nd century bce and the 1st century ce took them in many different directions: angelology (doctrine about angels) and demonology (doctrine about devils); mythical geography and uranography (description of the heavens); contemplation of the divine manifestations, whose background was the Jerusalem Temple worship and the visions of the moving “throne” (merkava, “chariot”) in the prophecy of Ezekiel; reflection on the double origin of human beings, who are formed of the earth but are also the “image of God”; and speculation on the end of time (eschatology), on resurrection (a concept that appeared only toward the end of the biblical period), and on rewards and punishments in the afterlife.

This ferment was crystallized in writings such as the First Book of Enoch. Almost none of it was retained in Pharisaic (rabbinical) Judaism, which became the normative Jewish tradition after the Roman conquest of Jerusalem and the destruction of the Second Temple. The Talmud and the Midrash (rabbinical legal and interpretative literature) touched these themes only with great reserve, often unwillingly, and more often in a spirit of negative polemic.

As early as the 1st century ce and probably even before the destruction of the Second Temple, there were sages or teachers recognized by the religious community for whom meditation on the Scriptures—especially the creation narrative, the public revelation of the Torah on Mount Sinai, the Merkava vision of Ezekiel, and the Song of Solomon—and reflection on the end of time, resurrection, and the afterlife were not only a matter of the exegesis of texts recognized to be of divine origin but also a matter of inner experience. However, speculation on the invisible world and the search for the means to penetrate it were probably carried on in other circles. It is undeniable that there was a certain continuity between the apocalyptic visions (i.e., of the cataclysmic advent of God’s kingdom) and documents of certain sects (Dead Sea Scrolls) and the writings, preserved in Hebrew, of the “explorers of the supernatural world” (yorde merkava). The latter comprise ecstatic hymns, descriptions of the “dwellings” (hekhalot) located between the visible world and the ever-inaccessible Divinity, whose transcendence is paradoxically expressed by anthropomorphic descriptions consisting of inordinate hyperboles (Shiʿur qoma, “Divine Dimensions”). A few documents have been preserved that attest to the initiation of carefully chosen persons who were made to undergo tests and ordeals in accordance with psychosomatic criteria borrowed from physiognomy (the art of determining character from physical, especially facial, traits). Some theurgic efficacy was attributed to these practices, and there was some contamination from Egyptian, Hellenistic, or Mesopotamian magic. (A curious document in this respect, rich in pagan material, is the Sefer ha-razim, the “Treatise on Mysteries,” which was discovered in 1963.)